Saugerties, N.Y. – September 4, 2022 – Returning from his home country of Ireland, Jordan Coyle brought a bit of luck back to the United States with him this week, jumping to victory in the $100,000 HITS Grand Prix during HITS-on-the-Hudson VII with Centriko Volo. Coyle proved that his horses are in top form ahead of the HITS Championship’s $405,300 Grand Prix CSI5*, which will be held Sunday, September 11, by besting the seven-horse jump-off to claim the winning title. 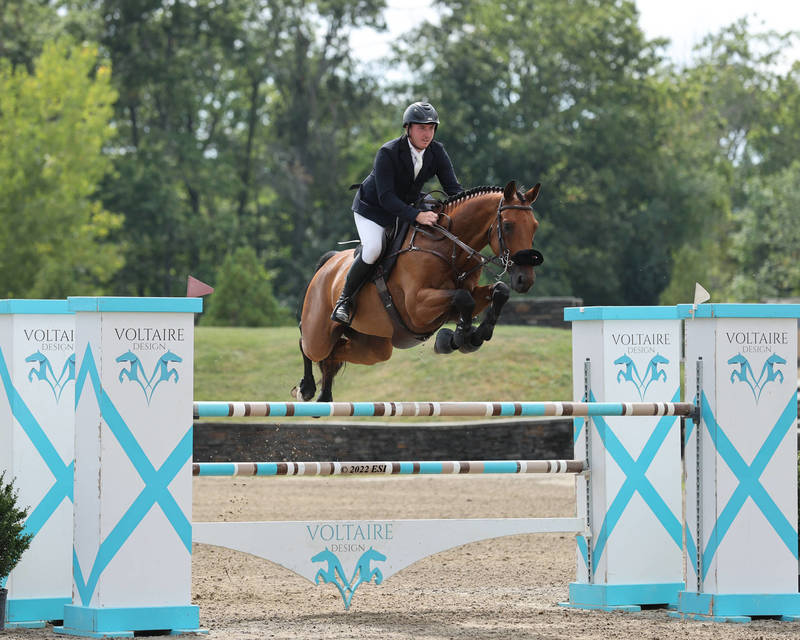 Catsy Cruz welcomed riders to the Grand Prix Stadium with a technical 13-obstacle track that featured an oxer-vertical combination early in the course. The biggest test came at the end, with fence 12 set as a vertical-vertical-oxer triple combination to a steady liverpool vertical as the last jump. Seven advanced to the short course, which featured three new fences, multiple tight rollbacks, a combination and a large oxer going away from the gate as the final question. 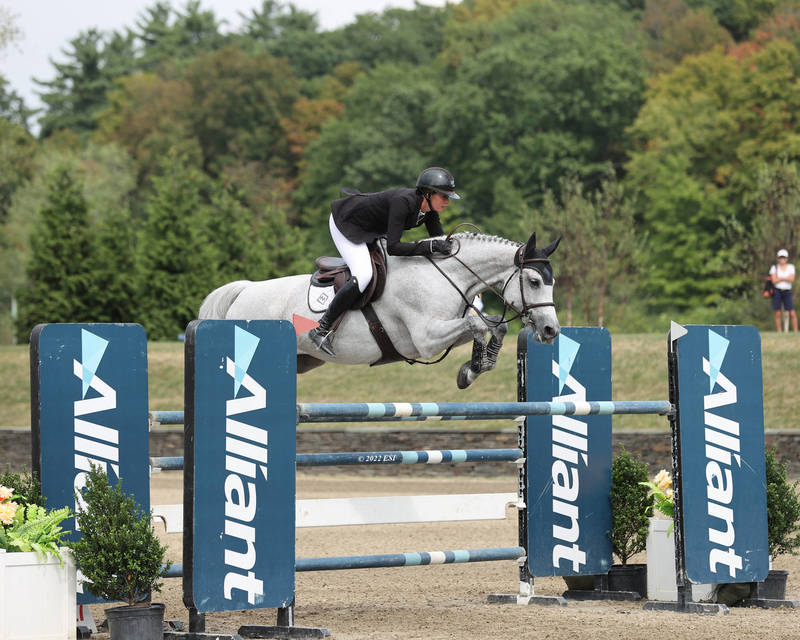 Katherine Anne Brewer and Casido 2 were the first to complete the jump-off without error, but opted for a more conservative time in their effort to leave all the fences intact, stopping the clock at 43.822 seconds for fourth place. Hunter Holloway was next with Pepita Con Spita, and they quickly galloped to the top of the leaderboard after tripping the timers in a faultless and speedy 41.538 seconds.

Holloway’s time did not stand for long, though, with Mattias Tromp edging ahead aboard Noemi VH Wuitenshof. The pair left each rail in their cups and broke the beam in 41.119 seconds. However, Tromp left the door open just enough, and Coyle was quick to sneak through as the final rider to tackle the track. He picked up a quick pace with Centriko Volo and never took his foot off the gas, dashing across the finish line in a clear 39.853 seconds to take home the top prize. 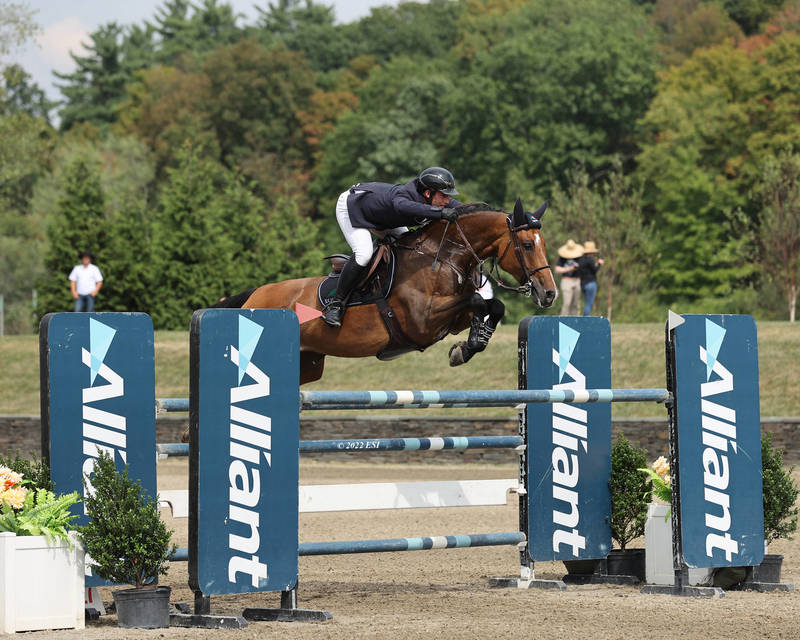 “[Centriko Volo] is actually a very fast horse, and I don't feel like I did anything crazy, I think he's just faster than the other horses,” explained Coyle. “I maybe did one less back to the third jump, but apart from that I feel like I probably did the same numbers as everyone else – he just goes in a very fast way.”

Coyle has been riding Centriko Volo for four years and is just stepping the 10-year-old Oldenburg gelding up for the 5* level. “I actually just took him over to the [Dublin Horse Show] a few weeks ago and he was very good there,” noted Coyle after his win. “He jumped the Grand Prix over there, and it was one of the biggest Grand Prixs I've ever jumped and for sure the biggest Grand Prix he has ever jumped!” 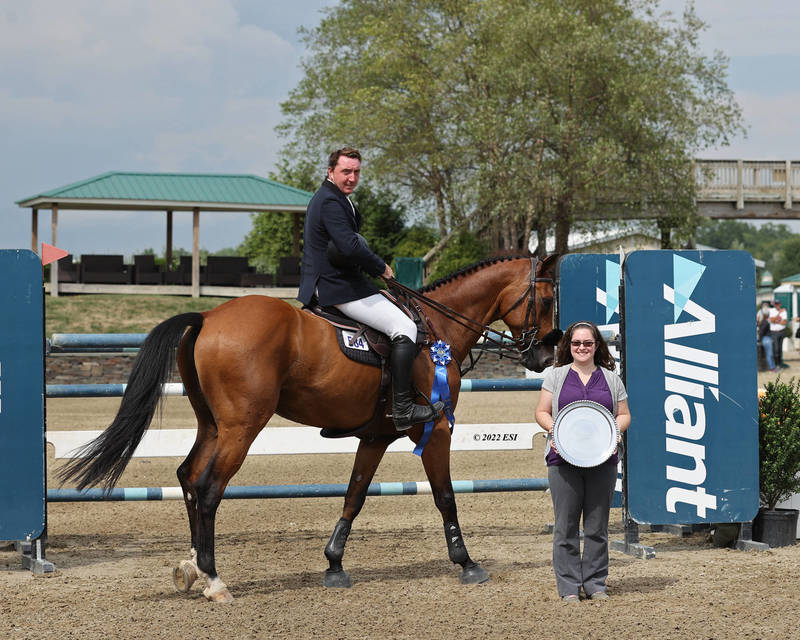 Coyle used Sunday’s grand prix at HITS-on-the-Hudson to prepare his horses for next week’s HITS Championship, and with a win under his belt, he feels confident heading into next Sunday. “I am excited to come back,” he concluded. “It's 5*, which everyone knows is the best you can jump. There’s $400,000, that's a lot of money, and everyone loves the money. That arena has been very lucky for me, and all my horses jump very well. I'm looking forward to next week!”

Sunday marked the conclusion of HITS-on-the-Hudson VII, but riders are eagerly looking ahead to next week’s HITS Championship. World-class athletes will showcase their skills as they vie for over $1 million in prize money throughout the week. Highlight events will include Sunday’s $405,300 Grand Prix CSI5*, as well as the $200,000 Diamond Mills Hunter Prix Final and the $50,000 Platinum Performance Hunter Prix Final. For more information visit www.HITSShows.com.

Check out Jordan Coyle and Centriko Volo's winning round: