Saugerties, N.Y. – September 3, 2022 – The final event ahead of next week’s $200,000 Diamond Mills Hunter Prix Final was held on Saturday during HITS-on-the-Hudson VII ahead of the HITS Championship. Riders gathered at the Outside Course to vie for the win during the $5,000 HITS Hunter Prix, presented by Patti Howard of Compass Real Estate. At the end of the day, it was Hannah Isop and Believe who led the class from start to finish with two impressive scores of 88 to earn the victory.

“Patti is someone that I’ve known since I was 2 years old, so it was fun winning this class,” said Isop. “I'm looking forward to the Diamond Mills final next week, and this is definitely a confidence boost!”

During Saturday’s highlight event, riders showcased their horses over two classic rounds hoping to impress the judges with a smooth, even pace and a brilliant effort at each fence. Isop and Victoria Hart’s Believe were the best of the best, earning scores of 88 for each of their rounds and a two-round total of 176. Michael Andrade and Seville followed in the second-place position with a combined total of 172, while David Wilbur and Sevengali earned a close third-place finish with a score of 170.

Isop was thrilled with Believe’s performance on Saturday, saying, “He was able to get a lovely, slow pace with a loose rein. He really just loped around the course in an effortless way. Believe is an incredibly special horse. I've been able to have a partnership with him for several years now. He is unique, and he has such a lovely way of going. He has a big stride, he’s light and extremely scopey. I can't say enough good things about him! 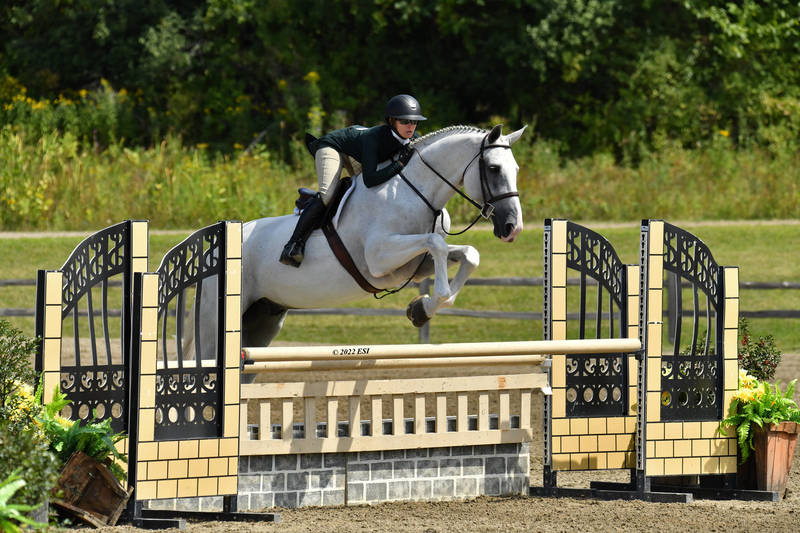 Believe is a 16-year-old Hanoverian gelding who competes in the Performance Hunters and Derbies with Isop, but also competes in the Junior Hunters with Madison Hart. Next week, Isop may hand over the reins to Madison, who will compete in the $50,000 Platinum Performance Hunter Prix Final, where the final round will be featured in the Grand Prix Stadium on Sunday, September 11.

Isop and the team from Harkaway Farm are using this week at HITS-on-the-Hudson to prep their mounts ahead of the HITS Championship. She concluded, “We want to get in the ring, get a feel for how everyone feels, and any homework that we have to do in between to get us prepared for next week!”