Ocala, Fla. – January 20, 2023 – Perfect weather and a brand new arena greeted riders for the first week of the 2023 HITS Ocala Winter Circuit at Post Time Farm. Riders gathered at the redesigned Grand Prix Ring featuring Wordley Martin footing for the first major class of the week on Friday during the $25,000 SmartPak Grand Prix. Again, Dorothy Douglas proved to be the best of the best, topping a 12-horse jump-off aboard the speedy MTM Caepten while also placing third with MTM Cedrick after Vicente Guillen piloted Cornut GP to second place. 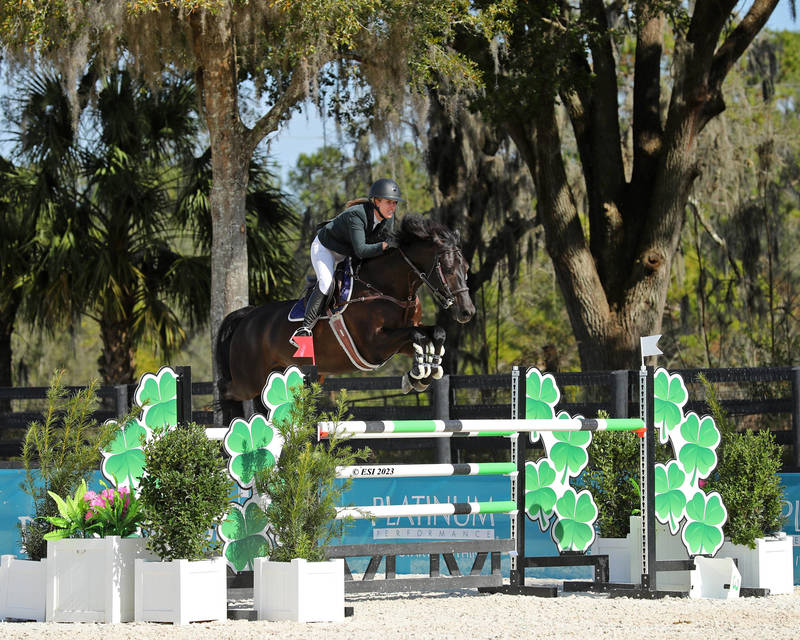 “[MTM Farm] has been loyal customers to HITS and we love the improvements,” noted Douglas after her win. “We love the footing, and we've built our business and changed it based on all the activity in Ocala. It's really cool that HITS is offering [free] young jumper classes, we have these grand prix classes during the day, and there's going to be some [USHJA] hunter derbies. We just love it here!”

Kerry Kocher designed a welcoming track for the first grand prix of the HITS Ocala Winter Circuit on Friday afternoon, which eventually yielded 12 clear rounds. Seven horse-and-rider combinations produced a second clear round, making it a dash for the cash as riders tried to gallop home with the winning title. 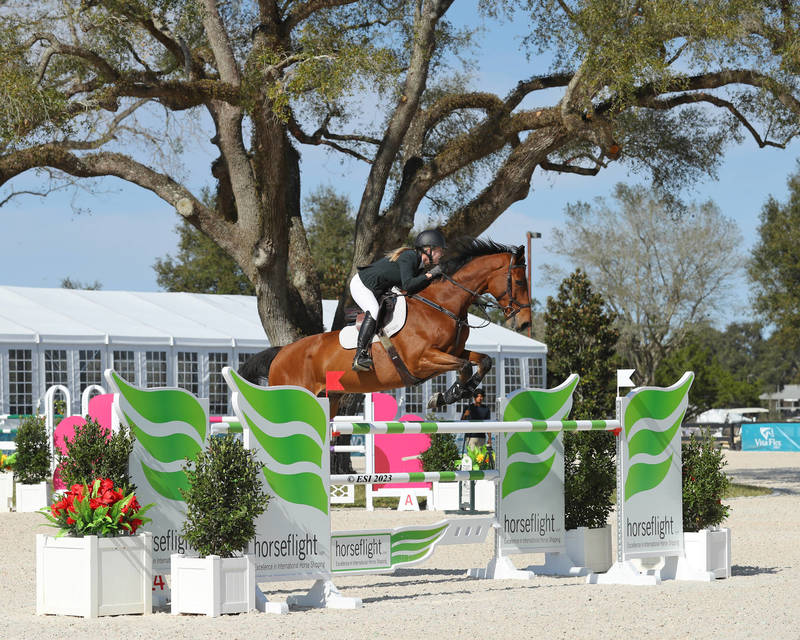 Douglas was the first to return for the tiebreaker, setting the pace to beat at 42.028 seconds with MTM Cedrik after leaving all the rails in their cups. She maintained her lead for the next three rounds before entering the arena once again with MTM Caepten. She used her mount’s naturally quick gallop to make up time in the turns and then galloped home, leaving two strides out the final careful vertical to break the beam in a clear 41.425 seconds and top the leaderboard. Douglas hoped to claim both of the top spots, but at the end of the class, Vicente Guillen and Cornut G managed to gallop across the finish just ahead of MTM Cedrik in a fault-free 41.705 seconds for the second place prize. 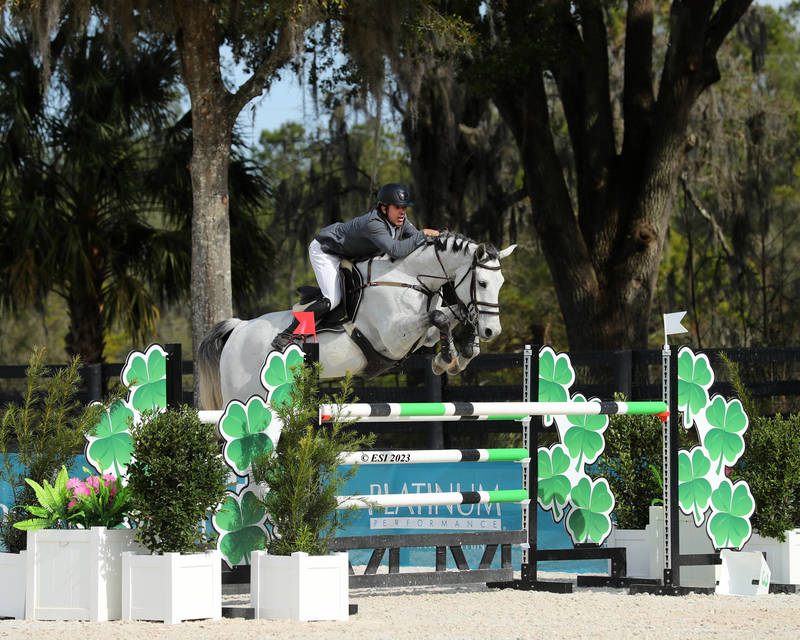 “MTM Caepten is a new ride for me,” explained Douglas. “MTM Farm imported him a couple of months ago, and Tracy [Fenney] actually won a Grand Prix on him in December. We recently sold him to one of our owners, Nina Koloseike. It's so nice that this is kind of how we are starting off our partnership!”

Douglas continued, “He's a little bit on the smaller side, and he's kind of one who will go however you want him to go. You can go on a nice little hack, but when he is showing, he goes into this other gear. He loves the competition and he loves that he is the little guy out there. He's a blast and will do the $50,000 FarmVet Grand Prix on Sunday.”

Riders will return to the Grand Prix Ring on Saturday for the $5,000 Post Time Classic and on Sunday afternoon for the $50,000 FarmVet Grand Prix. The Overlook Club features the perfect view of the ring and is open to all, with a special brunch every Sunday for $45 per person. The season at HITS Ocala will culminate with the Great American $300,000 Grand Prix on Sunday, March 26, with one of the biggest purses in the country. Make sure to visit the horse show office or www.hitsshows.com for more information.