Ocala, Fla. – January 22, 2023 – A 10-year partnership proved to be the key to winning for Canada’s Francois Lamontagne and Chanel Du Calvaire during Sunday’s $50,000 FarmVet Grand Prix at HITS Ocala. Besting a seven-horse jump-off, Lamontagne was able to use his veteran partner's quick turns to his advantage to be the fastest of the day by a full second and gallop home with the lion’s share of the prize money. Sharn Wordley and Mick Jagger placed second, while pathfinders Hunter Holloway and Dana De Kerglenn scored the third place prize, as well as the Everleigh Collection Best Turned Out Award. 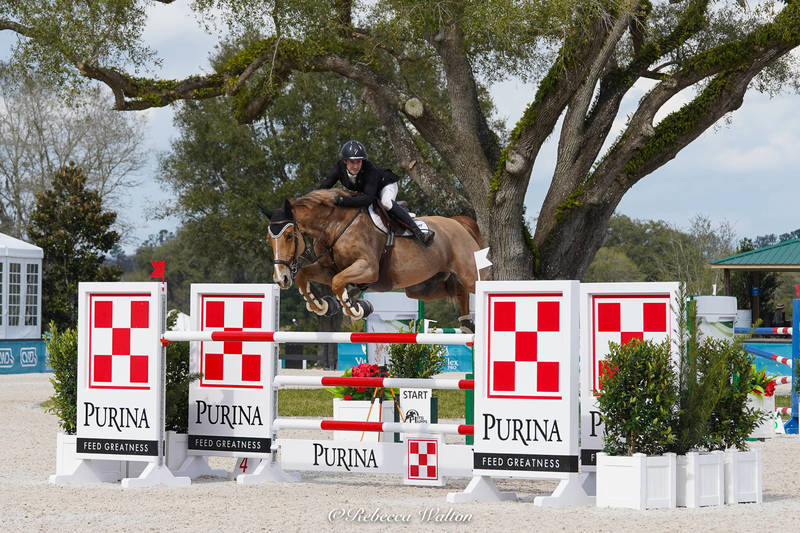 “I got [Chanel Du Calvaire ] when she was 5 years old, and she’s 15 now, so it’s been a long partnership and I know her by heart,” expressed Lamontagne. “She’s very competitive; she’s a warrior. She’s careful but brave at the same time. Usually, you get one or the other, but she’s got both. She’s always going to try, and I know what I can ask and where I can save some time compared to other horses.”

Kenny Kocher set a welcoming track for the first major Sunday event of the 2023 HITS Ocala Winter Circuit, where riders lauded the new Grand Prix ring created by Wordley Martin. Seven combinations produced a double clear effort, making it a race to the top of the leaderboard. Holloway wore a target on her back as the first to produce a faultless effort during the tiebreaker with Dana De Kerglenn in 33.910 seconds. 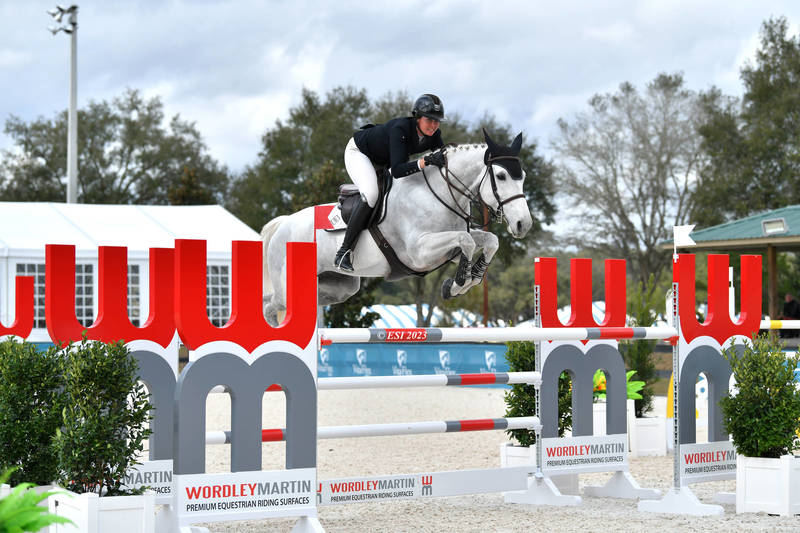 Wordley was the first to up the ante with Mick Jagger, dashing through the timer in a clear 33.878 seconds. His lead would only hold for a short time though, with Lamontagne and Chanel Du Calvaire next to traverse the track. Despite adding a stride in one of the early lines, the duo’s quick turns and fast pace paid off as they broke the beam at 32.919 seconds to garner the winning title. 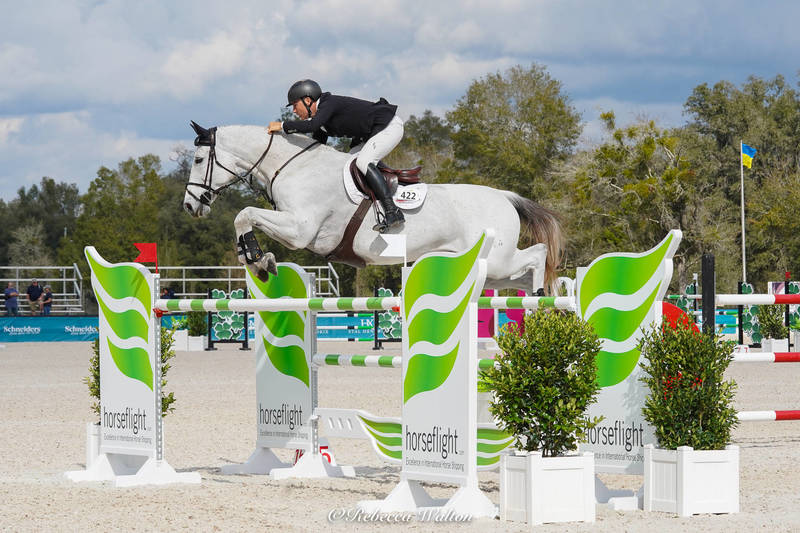 “It was beatable, but at the same time, I didn't want to do something stupid today,” explained Lamontagne. “It's the first week and the last time we showed was in September, so you never really know!”

Lamontagne traveled from Quebec, Canada to compete at HITS Ocala and was excited to be back in Florida. “When I come back here for the winter I feel like a kid going back to summer camp to see his friends,” he smiled. “I like the spirit, the staff, and the people feel like family. Even the competitors – they all want to go for the win, but there's a big respect between all of the riders. I was really excited when I saw the new ring – with all the improvements [HITS] is fantastic!”

Jumper action will continue for nine more weeks in the new Grand Prix ring at HITS Ocala. The Overlook Club features a perfect view of the ring and is open to all, with a special brunch every Sunday for $45 per person. The season culminates with the Great American $300,000 Grand Prix on Sunday, March 26, with one of the biggest purses in the country. Visit the horse show office or www.hitsshows.com for more information.