Ocala, Fla. – Dec. 18, 2022 – Callan Solem will have two more reasons to smile this holiday season after capturing two of the top three spots during Sunday’s $25,000 Masters Golf Cars Grand Prix at HITS Ocala. Solem piloted Horion De Libersart to victory during the four-horse jump-off and placed third aboard her first mount in the tiebreaker, Essenar Crixus.

“[Horion De Libersart] jumps clear basically every class,” smiled Solem. “He's such a great horse, and I'm so happy to have him. Essenar Crixus is the same – I'm so happy to have him. They're both just such solid characters. Any day you get to ride either one of them is always going to be a good day. They're just such good horses, and it really makes my job easy. I am grateful to Jamie Stryker and Elan Farm to have these horses.” 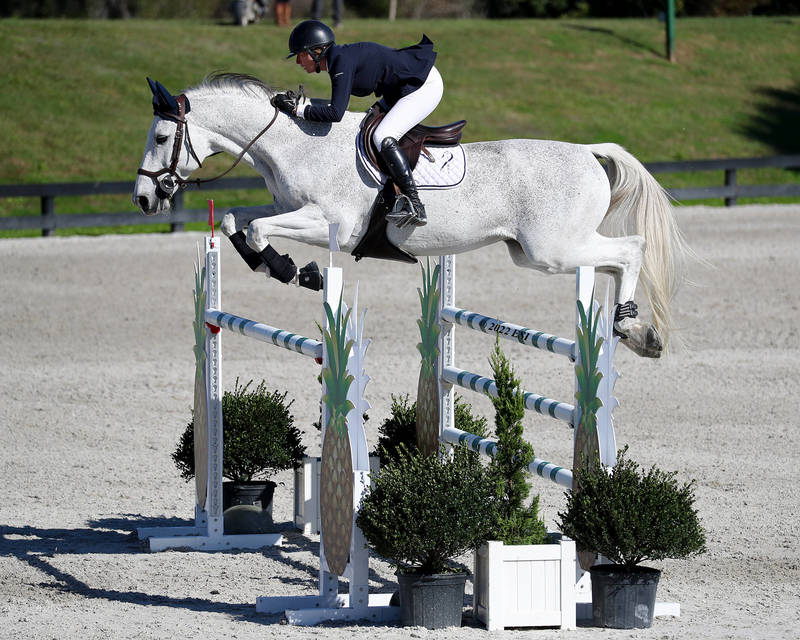 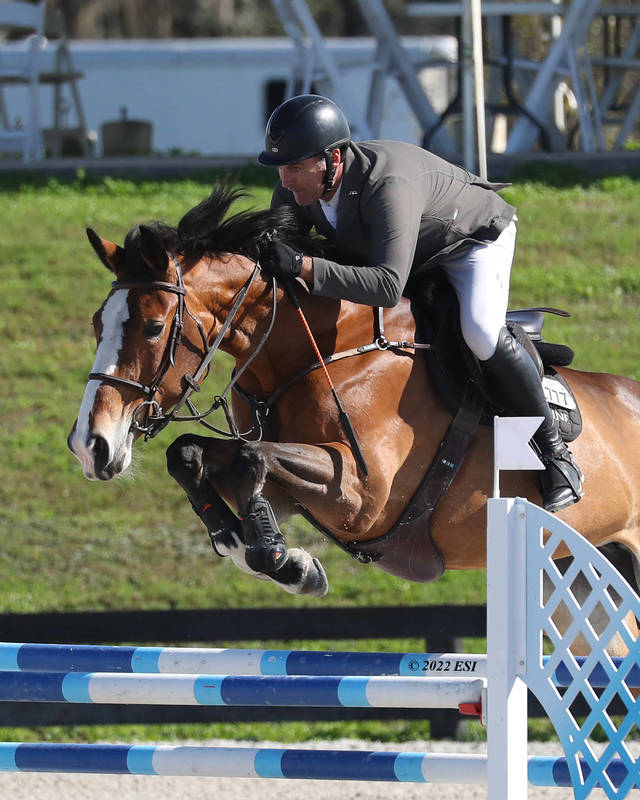 Kirk Webby was the first to return with Kaira VD Middelstede, setting the standard after completing the jump-off in a tidy 39.780 seconds with all the rails intact. Solem was next with Essenar Crixus, but their efforts to beat Webby’s time came at the expense of the penultimate fence for 4 faults in 39.658 seconds. Morgan Ward and Colourful S had the fastest time of the day in 36.812 seconds, but with 8 faults they would earn the fourth-place award. Solem saved the best for last, returning last with Horion De Libersart. Following a precise track, the duo dashed through the timers in a faultless 38.565 seconds to go straight to the top of the leaderboard. 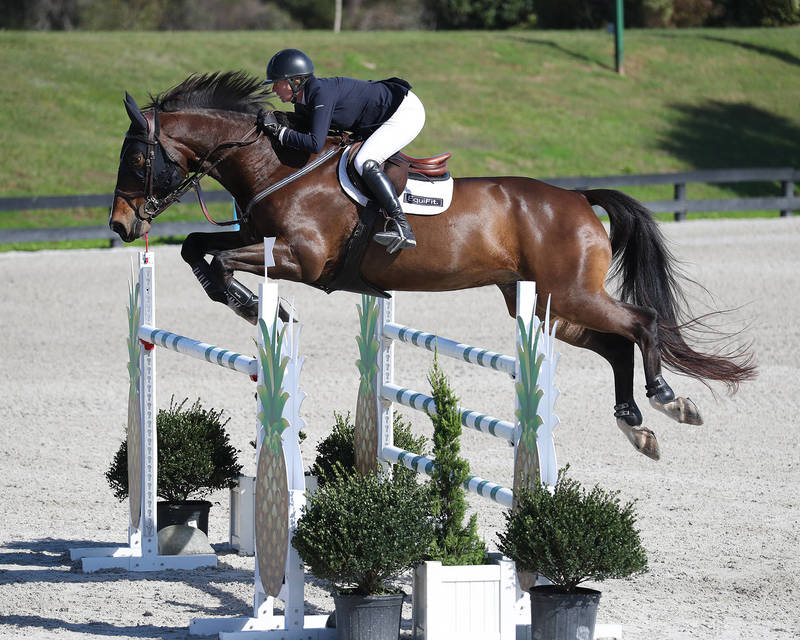 “Kirk went first and did a really nice job; he was tidy everywhere,” said Solem. “Essenar Crixus is maybe a quicker mover, so I went the same track as [Kirk], but I made a little bit too short of a turn to the second-to-last jump, and he had that one down, but he jumped great.”

Solem continued, “Horion De Libersart is such a great horse. I went a little neater in a few places, but I've never ridden a horse in a grand prix in a snaffle with no martingale, just one rein. He is such a good horse, such a good mouth, so rideable. That makes the jump-offs a little easier. Even though his foot speed maybe isn’t as fast as some horses, you can go exactly where you want to go all the time – he is really, really smart!”

In October, Solem launched her own business that is currently based at HITS Post Time Farm, so winning on home turf was extra special for her this week. “It has been really exciting,” she expressed. “[HITS] has been making a lot of improvements. [Wordley Martin] has been redoing the Grand Prix ring, and [HITS] has planted so many trees. They’re fixing all the fences. They’ve put in so much work. Everybody is busy around here fixing up all the barns and rings – it's been nice to watch. I think everybody's going to be really happy. I've always loved this property, and I think horses really like it here.” 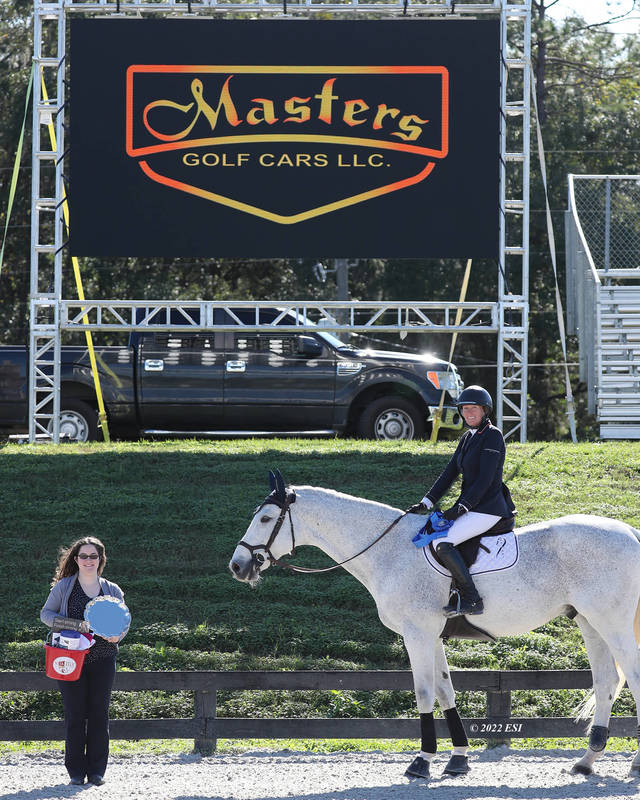 While the HITS Holiday Series has come to a close, entries are still open for the HITS Ocala Winter Circuit. Getting underway in less than a month, the competition will feature 10 weeks of hunter/jumper action in our new rings. Additional changes for 2023 will include new footing, new Wi-Fi, and improved hospitality for all our exhibitors. For more information and the complete class listing visit www.hitsshows.com.