Two Dressage Seat Medalists Go Back to Basics to win at U.S. Dressage Festival of Champions

While the majority of the U.S. Dressage Festival of Champions saw competitors heading down centerline as the only contestant in the arena at the same time, youth riders who had qualified for the USEF Dressage Seat Medal Finals at Lamplight Equestrian Center entered the ring with 10+ competitors all vying to catch the judge’s eye.

Similar in principle to the equitation classes at hunter/jumper competitions, the program promotes building a strong foundation for youth riders to focus on their riding development without the horse’s quality playing a factor in the results. The finals feature two divisions — a 13 & Under division and a 14-18 division with riders qualifying throughout the year to earn a coveted spot in the finals. The riders are first assessed in groups during the finals, being asked to perform all three gaits on demand. The riders are then asked to perform a test pattern the judges’ designed, individually in the dressage arena. In both the group sessions and individual test, they are judged on many different qualities including accuracy, position and effectiveness. 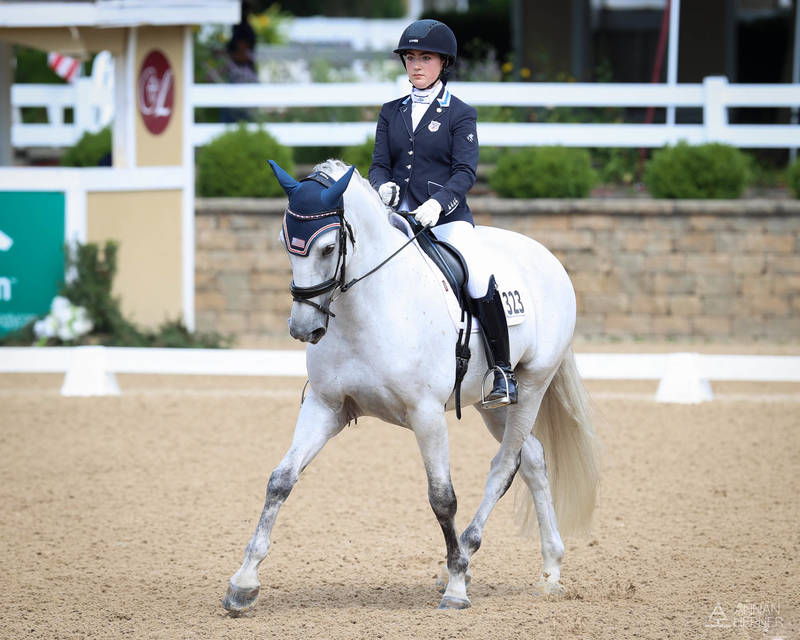 In the 14-18 finals, the riders were asked to perform a pattern that featured several simple changes across a diagonal, a halt at C and trot-canter transitions. Saving the best for last, Kayley Knollman rode away with the gold medal on a score of 87% on Rebecca Stromatt’s JP Zeppelin.

With the help from her mom, who is also her trainer, Kayley has focused on using less of her hands and more of her legs. 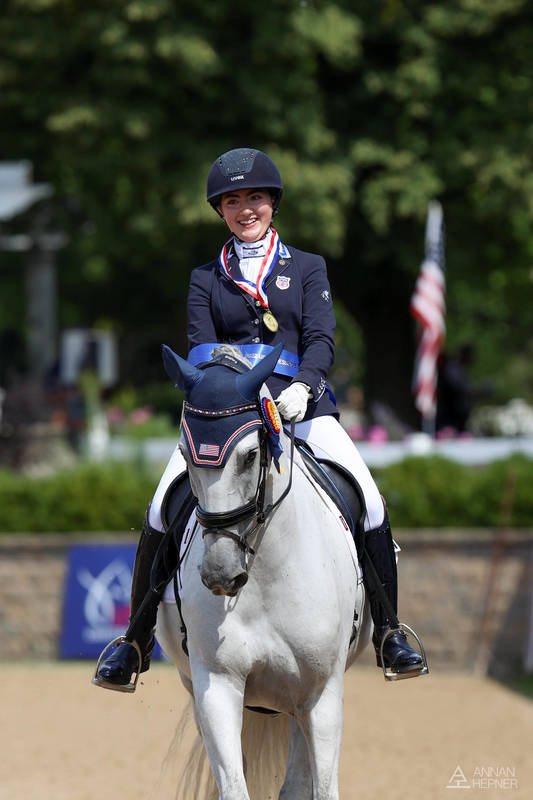 “My mom is always reminding me to work back to front because I can get a little hand dominant. I’ve really improved on that in the past two years,” Kayley said. “It’s so important to have a good seat and control over your aids. The tests may seem really simple but when you go to ride them, they are very hard, especially with the trot-canter transitions on the diagonal.”

In the 13 & Under division, which took place on Friday, August 26, M.K. Connatser won the gold medal aboard Donau HIT after earning an 86%. 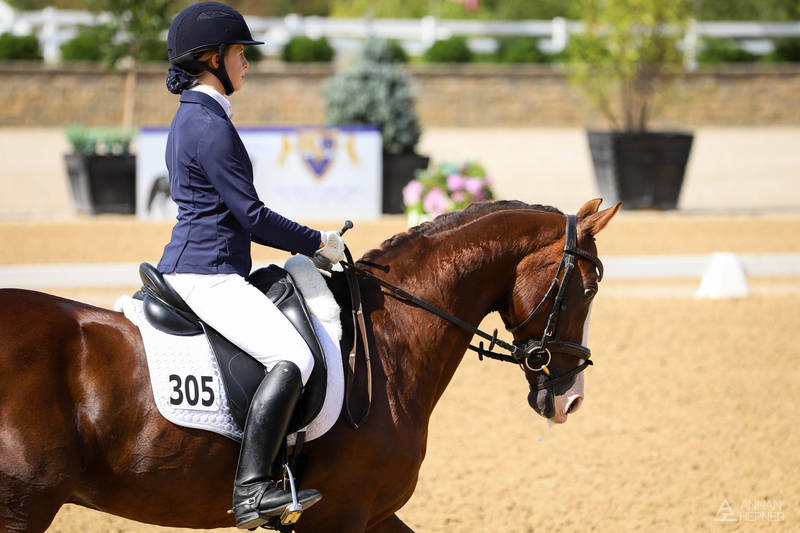 “I’m going to have to pinch myself. I had somewhat high expectations for myself because my horse has taught me a lot but I did not expect to win!” M.K. said. “I tend to look down, fidget with my hands and my legs tend to get frozen on the side, so I’ve been working on loosening up my stiffness. My new thing I’ve been focusing on is keeping my shoulders back.”

“I think this equitation class is important because all the other divisions that we ride in mainly judges the horse,” she continued. “It’s great to get feedback from someone who doesn’t watch you ride every day and hasn’t been training you for years.” 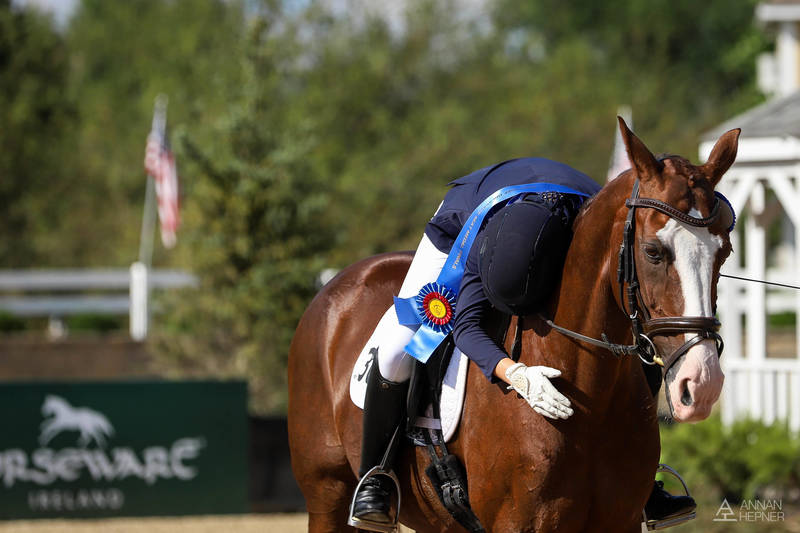