HITS made its debut at the Vermont Summer Festival series on Wednesday, July 7, kicking off the annual six-week series of horse shows in beautiful Manchester, Vermont. The first week of USEF Premier/4*-Rated shows has officially come to an end, and featured a $2,500 NEHJA Hunter Derby, $25,000 SmartPak Grand Prix, and a $40,000 HITS Grand Prix amongst many more thrilling events. Read on to catch up on the winners and their accomplishments.

On the opening day of competition, Agatha D’Ambra and EXACTO LS, owned by Trade Winds Farm, dashed to the win in Wednesday's $5,000 Manchester Designer Outlets Open Welcome. D’Ambra and EXACTO LS finished the jump-off in 43.706 seconds as the only double-clear, which was a fantastic way to kick off the week of top riding.

The $25,000 SmartPak Grand Prix debuted on Friday, July 9, with four riders clearing the first round course and returning to the Grand Prix ring for the jump-off. Catherine Kubiak and LA BELLE VD MIDDLESTEDE, owned by Over Fences Farm LLC, earned the blue ribbon, stopping the timers at 40.140 seconds with zero faults. Their time established a 2.71-second lead, securing the first place spot. 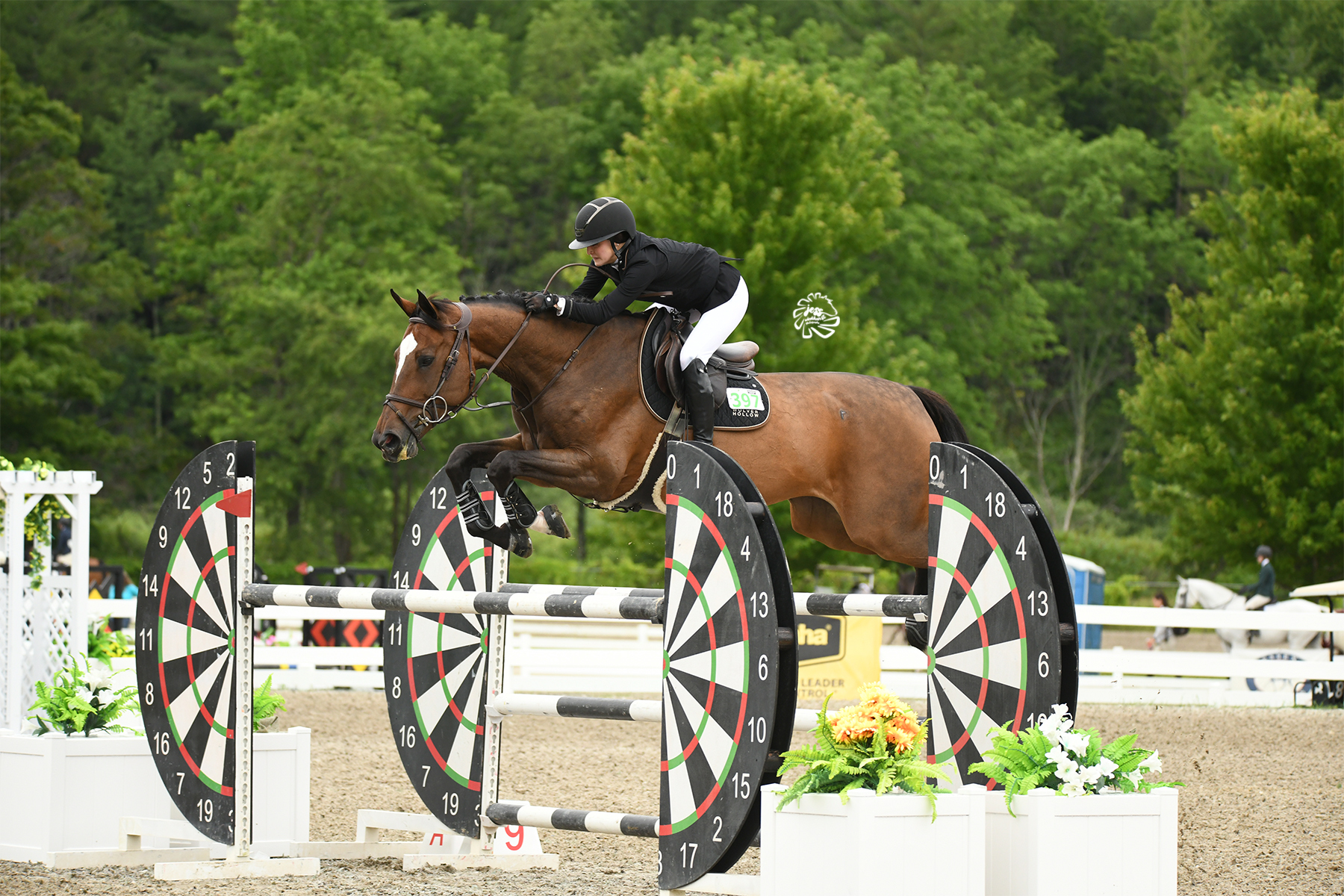 Sunday was an electrifying day at the Vermont Summer Festival as the $40,000 HITS Grand Prix commenced. Eight horses were clean in the first round and returned for the competitive jump-off.

Declan Egan and ELDORADO returned to the ring fourth in the jump-off, and made a quick entrance. “From the customers on the bleachers, to everyone at the ingate, you could hear a pin drop,” Eammon Hughes (Egan’s trainer) described the atmosphere. Egan and ELDORADO showed with impressive speed and focus, and in mere seconds, Declan Egan and ELDORADO (Foxwood Farm) laid down the leading time in the Grand Prix at 38.375 seconds with zero faults. The crowd of spectators was overjoyed. The $40,000 HITS Grand Prix was Egan’s first Grand Prix victory in the United States.

Egan rode two horses in Sunday’s Grand Prix, ELDORADO and ZEUS’ THUNDERBOLT, who placed 4th with a clear round in 42.803 seconds in the jump-off. "One horse has a bigger step to it, but they are basically the same [to ride]. ELDORADO has more experience, and ZEUS’ is just stepping up to this level. We are very proud of him,” Egan explained. ELDORADO and Egan have only shown a handful of times together. Foxwood Farms welcomed him at the end of March.

Showing both horses in the jump-off round, Egan explained, “With the first one, you always have a little bit of nervousness, but you want to do well and try to put in a clear round and a time that will put pressure on them. This time, I had it won, so there was no pressure on the second one.” He adds, “Again, he [ZEUS’] was stepping up, so we opted for a clear round, nothing crazy.”

Hughes returned to the Vermont Summer Festival last week after fifteen years, and noted that a lot has changed since then. “I haven’t been up [to Vermont] since it was a grass course,” he said about the East Dorset venue. “It turned out to be a very exciting class. For a course that didn’t look exciting on paper, it ended up being super exciting," he continued, "I think it’s going to be a fabulous circuit.”

Egan began riding at the age of three and fell in love with the sport at around ten or twelve. His uncles were both involved in the Olympics. “I wanted to do the same thing,” he explained, “I loved it, I can’t wait to come back,” he concluded.

“Congrats to Decky! It wasn’t an easy win. He worked for it,” Hughes explained. “I am ecstatic. It’s unbelievable.” 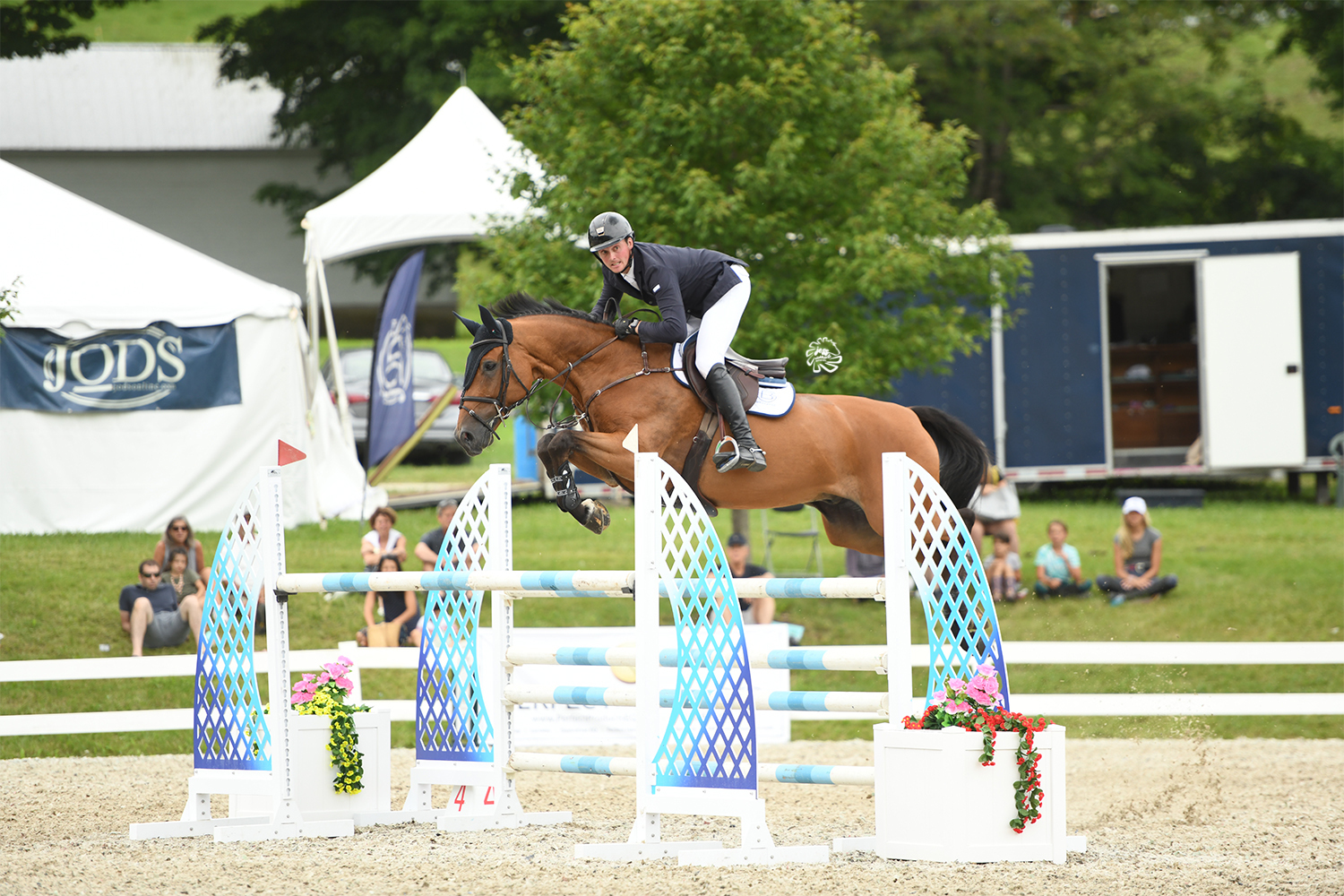 Turning the spotlight over to the Leadline class, three spectacular young riders received a blue ribbon and tied for first. All riders successfully held their balance and trotted perfectly around the Grand Prix Ring. It is no doubt these are the riders of tomorrow, and will dominate in the Hunter, Jumper, and even the Grand Prix Ring soon.

The Vermont Summer Festival hosts a number of special Hunter Classics each week, with the first week featuring a $2,500 NEHJA Hunter Derby. In Thursday's edition of this class, Kyle Regenye and DIONYSUS, owned by KR Horse Sales, LLC, earned the first place spot with scores 84 and 85— for a total of 169 for the win. Regenye led the field by 7.5 points with a beautiful display of jumping style and flow.

The $1,000 Platinum Performance Hunter Prix at HITS Vermont Summer Festival featured a winning ride by Rosalie Giordano and her horse BENICIO. Giordano concluded the event with an 85 and an 87, with a score totaling 172. 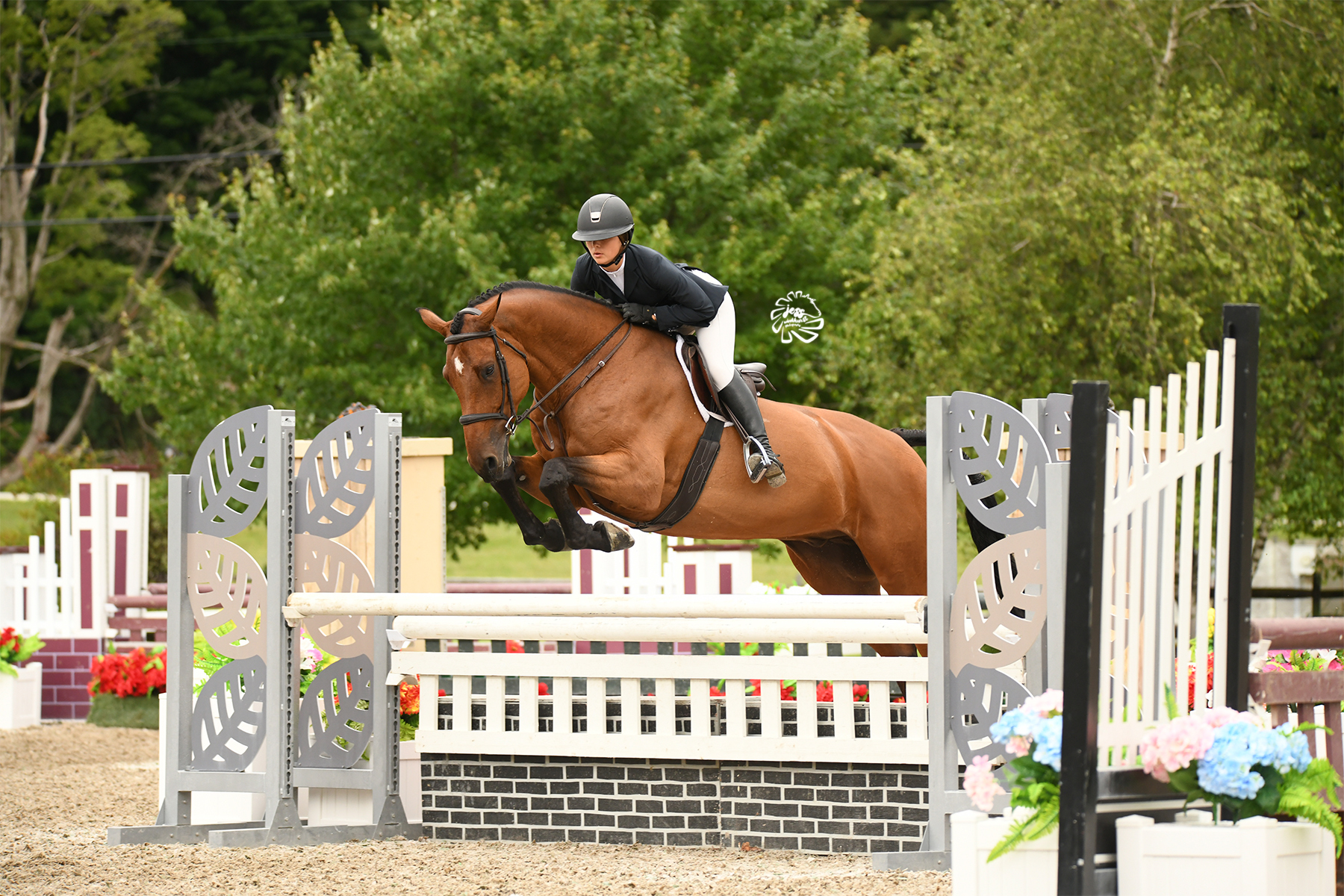