The third week of the HITS Saugerties Spring Series has concluded at HITS-on-the-Hudson. This final week featured USEF-Rated and FEI CSI2* competition including a $25,000 HITS Grand Prix, $50,000 FEI Grand Prix, and $10,000 USHJA National Hunter Derby. Read on to catch up on this week's champions and results.

Featured jumper competition began Wednesday with the $5,000 HITS Open Welcome where Laura Chapot and OUT OF IRELAND bested the field in a time of 40.34 and zero faults. Chapot dominated this competition by securing the first and second place finishes with two clear jump-off rounds.

Thursday kicked off the first FEI CSI2* competition with the $36,600 SmartPak Welcome where Heather Caristo-Williams continued her winning ways aboard MARCIANO MVF, securing the win in a speedy 42.63 with no faults. This Saugerties local favorite took home the blue ribbon by less than one second. 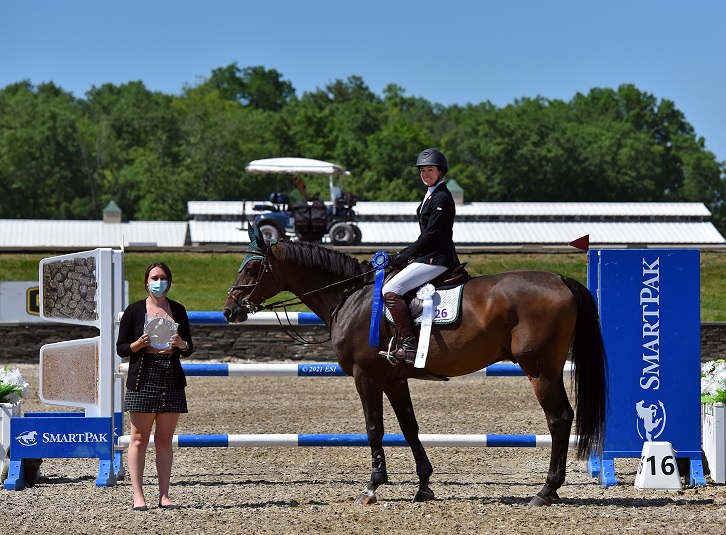 On Friday, the Grand Prix Stadium hosted the $10,000 Saugerties Steamboat Jumper Classic where Chapot executed an impressive clean sweep by finishing one-two-three with three clear rounds all within a half-second's time Aboard CALMANDA 3, Chapot secured top honors in an unstoppable time of 39.37.

FEI CSI2* competition concluded on Saturday with the $50,000 HITS Grand Prix where Corrigan rose in the ranks to claim first place aboard FAIR PLAY in 40.46. Corrigan earned the winner's trophy against only one other clear jump-off round in second place. 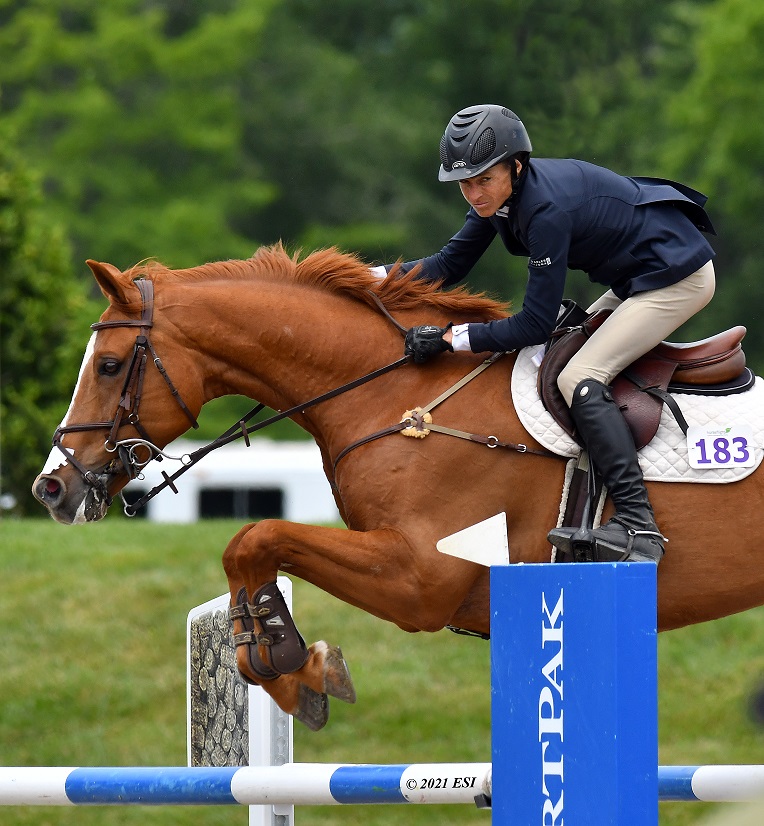 The HITS-on-the-Hudson Spring Series concluded on Sunday in the Grand Prix Stadium with the $25,000 HITS Grand Prix where Seth Vallhonrat & NESSAJA took home the win by finishing with the only clear round in the jump off. Vallhonrat completed the shortened course in a time of 45.79 to wrap up Jumper competition for the Saugerties Spring season.

Hunter competition this week featured the exciting $10,000 USHJA National Hunter Derby where Hannah Isop claimed the blue ribbon aboard SINCERELY. Earning an impressive 96 in the first round and a 94 in the second round, Isop secured top honors with a total score of 190. The top three finishers in this competition were separated by only a two points!

The Outside Course on Sunday hosted the $1,500 Platinum Performance Hunter Prix where Meghan Knapic & UNBEATABLUE took home the win with two scores of 87 to finish with a total of 174.

HITS Saugerties returns with the Summer Series that is set to host USEF-Rated 5* and FEI CSI4* competition July 21-August 8, featuring a $25,000 USHJA International Hunter Derby, $213,300 FEI Grand Prix, and World Championship Hunter Rider Week. Stay up to date on information regarding the 2021 HITS Saugerties Series by following HITS Horse Shows on social media and at HITSShows.com. If we can be of assistance in making your plans, please contact us at 845.246.5515 or email us.